Please view our new Covid-19 Protocols before your next appointment.

Meet the experienced and friendly doctors who make Eye Care Center of Newton a proud provider of vision care products and services in Newton.

Dr. Klein is a native of Britt, Iowa and is married to his wife, Mandy. They have three children, Cody, Caden and Camryn. 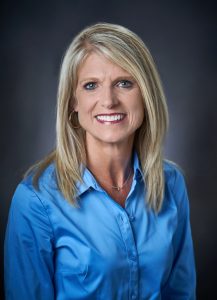 Dr. Kristin Rhoads received her Bachelor of Science degree from Indiana University and her Doctor of Optometry degree from Indiana University School of Optometry where she graduated with highest honors. Dr. Rhoads has been in practice at the Eye Care Center of Newton for 20 years. She is a member of the American Optometric Association and the Iowa Optometric Association. She received Iowa’s Young Optometrist of the Year award in 2001.

Dr. Rhoads is a native of Newton and is married to Kevin Rhoads, also a Newton native. They have 3 daughters Kaylie, Hannah, and Rachel. 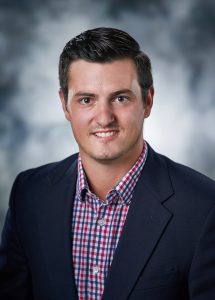 Dr. Brandon Tish is a Newton native and graduated from Newton High School in 2010. Once graduating from Newton High School, he went on to pursue a bachelor of science degree in biology from Drake University, where he received his degree in 2014. Dr. Tish then went on to get his Doctor of Optometry degree from the University of Missouri – St. Louis.  Along with meeting the eye care needs of the entire family, his clinical interests are ocular disease and fitting specialty contact lenses.  In his spare time Dr. Tish likes to spend time with his wife, Kelsey, also a Newton native, golf, hunt, fish, and anything outdoors.

You can schedule your next eye exam with us online!

Leave Us a Review

Please take a moment and let us know how your experience was.